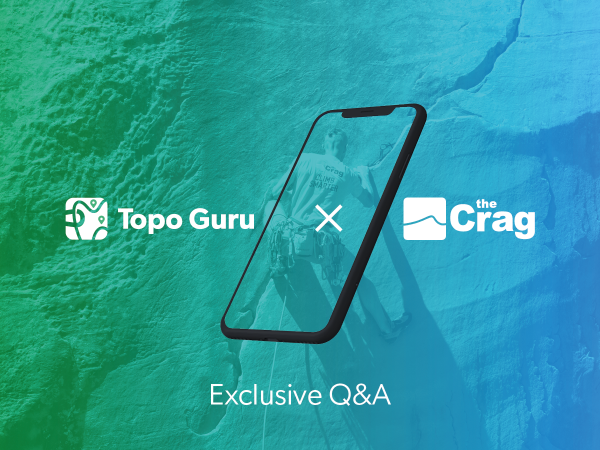 We have teamed up with the largest collaborative rock climbing & bouldering platform theCrag to get you more data with many thousands of new climbing sites worldwide! In this exclusive Q&A, both teams answered the most exciting questions about this new collab.

Let’s start at the beginning: how did you find each other?

Topo Guru: With the team of theCrag we started to talk about a possible collaboration around a year ago, in February 2020. Both teams have good skills in their markets that can support each other. I think we were both tracking the progress of the main climbing regarded service providers, especially on the topo field. We all knew after a few video calls that if we start working together, it can result in something great and valuable.

theCrag: As a well-established climbing platform we have a pretty good overview about the players in the market. We liked what we saw with Topo Guru and thought it could be an interesting strategic fit, so we reached out to the team and this is how everything started.

How can the two companies complement each other?

Topo Guru: After discussing our plans for the future, we've decided to merge our forces to create the most useful climbing app. On Topo Guru's side, we have a popular climbing app with premium topos for the major European bouldering areas, such as Fontainebleau, Albarracín, Magic Wood, Zillertal and many others. All of our climbing guides cover 100% of the areas, and that means detailed photo-based topos for every single route in the crags.

On the other hand, theCrag has the largest collaborative climbing platform on Earth, with over 900.000 routes in the database. They started to collect information about the climbing areas 20 years ago. At the moment, theCrag's web-based database is probably the biggest one worldwide, covering 88.000 crags over 6 continents.

theCrag: Topo Guru’s team has a huge experience in app development in the climbing world. theCrag is the world’s largest rock climbing platform in terms of content and relies on a well-established global community of users. The combination of the two creates an unprecedented offering for the climbing community bringing new users to both companies while providing superior services to the climbing community.

Can you tell us more about this exciting new collaboration?

Topo Guru: We have set up a development plan to release a new version of the Topo Guru app, powered by theCrag. In the new app, climbers can have access to both databases: theCrag's worldwide database and Topo Guru's premium topos. With the app, users can have the topos offline, so they don’t need mobile coverage to navigate in the crags.

Besides the released functions, we are planning further new developments. In the next version, users will have the possibility to add the ticked routes to their theCrag account, directly from the app. It will be easier to get notified if one of our friends climbed a hard boulder or uploaded a photo from a new sector.

And we have some totally new useful functions, but we keep it secret for a while. :) Follow our Facebook page so you can get the latest info on new arrivals immediately.

theCrag: The collaboration between theCrag and Topo Guru is about combining the world’s largest climbing content provider with one of the best climbing apps for the benefit of the climbing community. theCrag was always interested in offering its vast content also via an app, thanks to the collaboration this became finally true. Climbing information should be available freely and this partnership opens another channel for the climbing community to access it.

How will the Top Guru users benefit from this collaboration?

Topo Guru: Our existing users still can access everything they used to find in the app, like the premium topos, climbing log, grade converter, etc. The new app has a tab with all the available climbing data from theCrag: crags, sectors, all the routes, topos, approach info added by users and everything else. Every user has the access to all of this information, and our premium users can download the topos from theCrag as well. With this feature, you can easily find the selected crags or routes even in those countries where you don’t have a cellular data pack. The app downloads the topos and maps and just uses the GPS receiver of the phone, so no need for a mobile signal at all.

theCrag: The users and climbers will benefit through a new and hosted by theCrag. Apps have certain advantages over the well-established web platform of theCrag. While theCrag web platform will be continuously developed further and offers a huge set of functionality to its users the app allows users to consume and soon enter some data offline which is a big advantage in many places around the world.

What do you think are the most important functions of a professional climbing app?

Topo Guru: We strongly believe that the climbing guide market will be digital-only in a few years. Mobile climbing guides have several huge advantages over printed guide books. The most important thing with a climbing app is to help users easily find the crags, and the selected routes or boulders in the crag. This is why we started Topo Guru, to provide 100% covered, quality climbing guides with photo-based topos to every wall and bloc.

Another important and popular function is the ability to tick. Every climber likes to follow the progress in climbing, tick the climbed routes, add new projects to the wish list, see other climbers’ progress. The main factor of the popularity of outdoor climbing is that everybody can compete with his own projects and can set up new personal goals. This is why ticking is really important in a professional climbing app like Topo Guru.

Besides these major functions, a bunch of smaller but important things can be good for a climber. We provide detailed info about every crag: approach, season statistics to see the period of climbing there, route statistics to find the best sectors for our personal climbing level, periodic climbing-bans to avoid breaking the local rules, grade converter to easily count the grade of a route when you are climbing abroad, etc.

theCrag: Deciding which of the many functions of theCrag should be available in an app was quite difficult. First and foremost a climbing app must help you in locating crags, providing information about it and its routes. Access (incl. Issues and limitations), characteristics of a crag, route information and topos are just some of the data that need to be easily accessible and well structured. The ability to record what you have done at a specific crag (ticking) is another one. We decided not to include many of the sophisticated functions on theCrag such as statistical analysis, planning and all of the contribution options as this would distract from the main goal of the app - finding crags and information on the go. Using the web interface along with the app for these gives a much better user experience and a leaner and faster app for the users.

Could you recommend your favourite crags for our readers?

Topo Guru: Well, as a climber it’s hard to underline one or two crags as favourites. When you feel strong maybe you would like to try a hard boulder project, or when you have good stamina it’s more about climbing lead routes. However, to mention some amazing crags, we can say – as for many climbers – Fontainebleau is always going to be one of the best areas to visit. Not depending on the grade, those sandstone boulders are the essence of climbing. Thousands of blocs in the beautiful forest, a place that every climber should visit at least once in a lifetime.

Albarracín is a similarly magical place with its red sandstone boulders and awesome atmosphere, definitely worth a climbing trip as well. If you are more into the crimpy style of climbing, Ticino canton in Switzerland is the place for you. Our climbing guides cover the best crags there: Cresciano, Chironico and a bit further to the north Magic Wood, where you can check some of the hardest boulders of the world in the Darkness Roof.

theCrag: I’m travelling a lot and saw many awesome crags. To name a few of my favourites I would say the New River Gorge in the USA that offers everything a climber could wish for, Kolob Canyon in Utah with just a few sport routes but definitely worth a visit, Guadalcazar in Mexico, steep tufa climbing of its finest and Datca in Turkey, a limestone paradise. 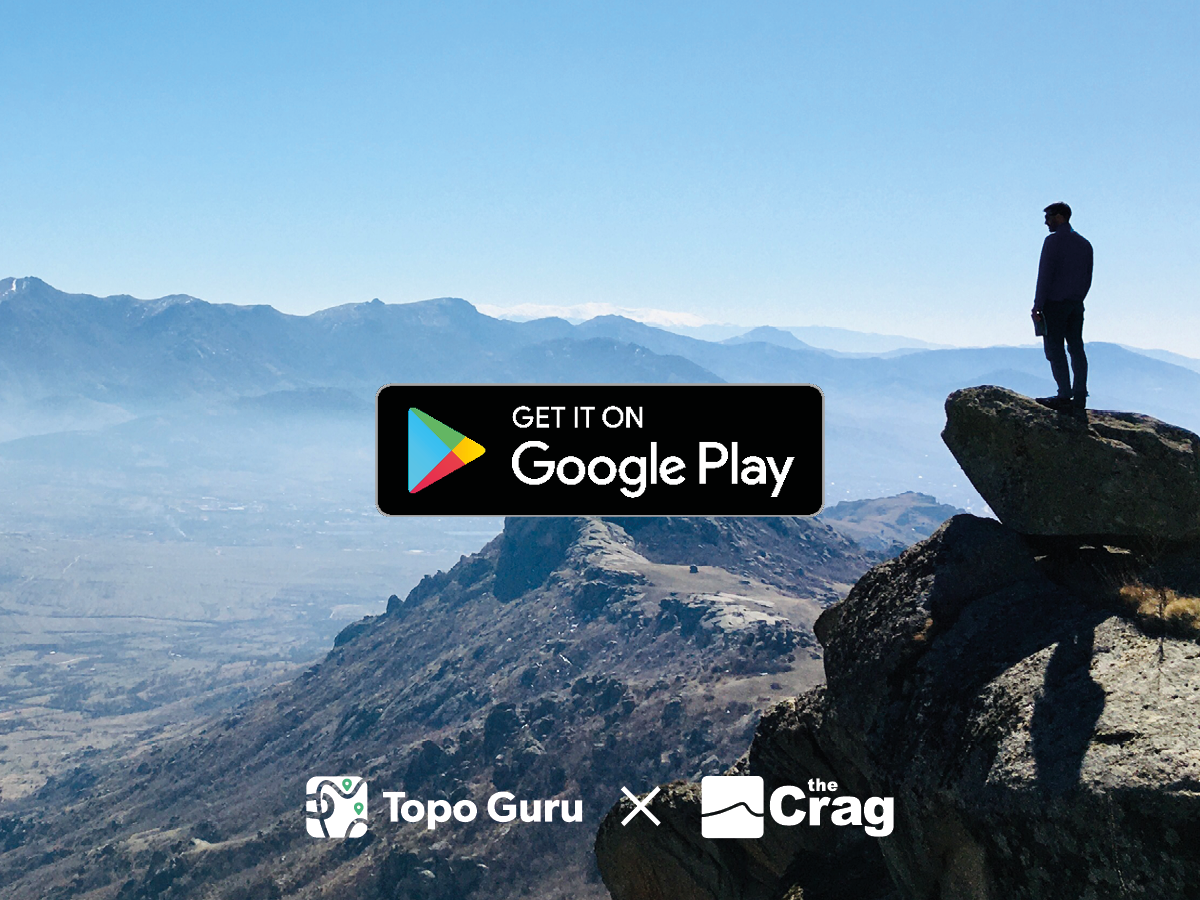 The new Topo Guru X theCrag feature is available now on Android & coming very soon on iOS, too. If you already downloaded the Topo Guru app you have to update it in the Play Store to get access to the new features.